Q: What do you think would happen to the religions of the world if it turned out that all these encounters with angles and God, reported by the saints and prophets, were actually encounters with aliens? I am puzzled by the Catholic Church saying it is OK to believe in aliens.

MM: It would depend on how willing people are to suddenly accept such news, be that believers or non-believers. But, it should not take away from the fundamental message of kindness and compassion that all the religions - at their best - teach. The Catholic Church, for example, reminds people these so-called "aliens" should be considered our brothers. Everybody may take another look at religious teachings if they suddenly were convinced that superior, scientific beings were the original sources of these teachings, as polluted by human thinking as these teachings may have become over time.
Q: What about demons?
MM: Bad aliens, fallen angles, etc?
Q: Well, possible.
MM: Good aliens and bad aliens - even among "superior beings"? It would not be surprising.
Q: People would be very afraid, and others very excited. I am not sure how I would feel. Mostly confused, I guess.
MM: Try not to be afraid, and don't bother with "confused". For that you need to know your center. Practice meditation. Your very center is where you meet the truth - the true God. This "true God"- is not alien at all. Not a "he", a "she", nor an "it", but intimately familiar. All fear and confusion ends.


Posted by Mayke Beckmann Briggs at 8:52 PM No comments:

Eternity Becoming Aware Of Itself

Q: What does it mean to be bored, from a spiritual standpoint? We generally agree that anger is bad or spiritually immature, but how about boredom?

MM: If you are bored with what the world has to offer you are either ungrateful or tired of the material world. Either way, you are ready to start on the spiritual path.

MM: You don't need to know the difference. The cure for both ingratitude and for materialism fatigue is to turn inward. Don't try to "fix" your boredom. This boredom is of the material world. People either indulge in it or seek something exciting. Remember, your body and your mind are both of the material world. Find what was there before your body and mind. It can be re-membered, re-discovered. The body and the mind cover it up, and separate us from "it". Once re-united you are both lost and found at the same time. That is not a moment in time. It is eternity becoming aware of itself.
Posted by Mayke Beckmann Briggs at 9:54 PM No comments: 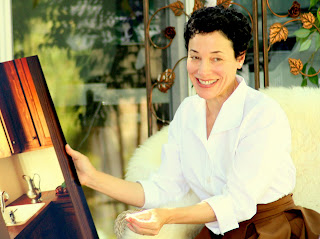 Meet my dear friend, Diana Lorence. The first time I met Diana several years ago, she was in the middle of a long period of silence. As you can imagine, we got along great from the start. We had been invited to meet her and her husband by good friends on whose property they lived. Thus we  became part of an ongoing philosophical inquiry into the deeper truths of life, lead by her Gentleman Philosopher husband, Michael.
Of course, someone like me, highly inclined to skip the pursuit of logic and reason in order to go straight into silence and meditation, would end up in a philosophical inquiry gathering. Only someone like Michael and Diana would be able to hold me there, as their disciplined pursuit of reason had resulted in humility rather than the arrogance usually encountered in philosophical circles. Also, Michael allowed all reason and logic to come to its logical conclusion of silence whenever the point of divine paradox was reached. There were many beautiful periods of deep, knowing silences of true and peaceful "don't know" moments created by our conversations. Much like a beautiful vase created by the highest principles of pottery serves to frame the empty space inside, these conversations, created with the help of  the highest forms of Western thought, served to frame our silences.
The Lorences reside in a small, sacred dwelling in the Northern California mountains. For years they have lived mostly in retreat from the world in order to free themselves to pursue a life of virtue and inquiry. With Diana asking the questions, and Michael devoted to utmost truth and disciplined philosophical reasoning, they spend their days in contemplation, and living their highest truth as they discover it. This is both a joyful and very difficult path, as all true paths are. 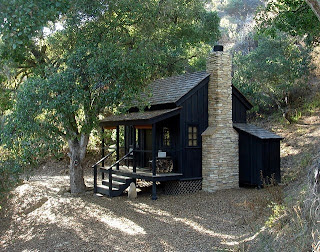 The fruit of their labor has been of great benefit and inspiration to all the people whose lives they have touched, both by their life choices and during their fireside conversations with friends. Up until recently it was mostly Michael who gently guided these meetings and conversations. Suddenly, people wanted to hear what "The Wise Man's Wife" had to say, and that is how she received her name... and, how Michael suddenly was referred to as "The Wise Man". Amusing "titles" in today's world, and yet highly appropriate for these two wonderful, and truly wise people. 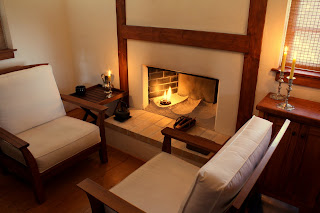 The new website that has been created for "The Wise Man's Wife" gives a surprisingly accurate flavor of their spirit and intention, now expressed in a whole new way by Diana in her own meetings. Many people from all over the world and from all kinds of different backgrounds are drawn to her. Especially women were interested to hear her views,  wanting to relate to her experience of a life lived with such pure intention - until their husbands naturally felt drawn to the same talks.


A door has been opened for the world to find her and partake of her light and love. Don't miss this beautiful and graceful wife of a wise man. Here is the website with contact information as well as  many more photos, comments, and stories of how people have been touched and inspired. Don't be surprised if the website itself gives you a sense of instantly feeling connected with something true and essential to human well being.

Posted by Mayke Beckmann Briggs at 4:11 PM No comments:

Q: Is there any hope that the world or that mankind will find a way to live on this planet without destroying itself?

MM: Hope is in the mind. The mind and its root, is the cause of all greed. Greed leads to over-consumption, fear, war, waste, lack of compassion. The first thing to master and transcend is one's own mind. Forget hope and forget despair. Allow yourself to be in peace, and in not-knowing. Then your actions or your non-action will be natural and beneficial, whether on a small,  or on a large scale.
Posted by Mayke Beckmann Briggs at 11:06 PM No comments:

Q: I like my distractions - my wife, my kids, my work, my hobbies. Actually I am rather happy unless I think about the stuff you talk about and think I ought to seek something else. Eternal happiness eludes me, quite frankly.

MM: Then you are already wise.
Posted by Mayke Beckmann Briggs at 11:08 AM No comments:

Q: You say the we seek re-union through distraction. I don't understand that.

MM: We become separated from infinite peace and serenity, and all-knowing oneness through our senses, in other words through being in our bodies, and consequently through our mind. We are not our bodies , or mind - there is much more - or maybe I should say - much, much less to us than meets the eye. We cannot imagine who or what we truly are beyond our physical experience of ourselves. Therefore we seek happiness through what we think will make us happy, but this is all based on what we think will satisfy us.

By that we usually mean what satisfies us in some form through our senses. Health, wealth, pleasure, power - you name it - but none of it will work for long because it can never take us to our original, and eternal, state. That state only needs to be rediscovered by taking away everything that is of body or mind. That is who we are beyond doubt, time, space, or experience.

It sounds mysterious and it is. Yet it is the most natural of all. You could say that our true nature is God. That is re-union.
Posted by Mayke Beckmann Briggs at 11:05 AM No comments:

Q: I feel distracted by so many things and it does not leave me much time for relaxing and meditation. Somehow, even though I know I should, I don't seem to be able to change it.


MM: Regarding distraction - we seek re-union and mistake many things as ways to get there - even if it is just people we don't want to say "No" to out of fear of losing them - until our eyes open...


I found this on Wikipedia of all places. Sometimes you just have to wait until you can handle the truth. Then change is automatic and not something "you do", but something that naturally happens in your life.

A striking example of Vipashyana was provided by a student of mine in her early twenties who had been meditating for some time. Since her late teens, she had been a devotee of "raves," dance parties held at enormous warehouses in our area, attended by literally thousands of young people. Well-known bands are engaged, the music is loud, alcohol and drugs are sometimes consumed, and the dancing goes on until dawn. The atmosphere is said to be usually "mellow" and fun, and the young folks are drawn back to the parties again and again. My student was attending a rave one Saturday night and, for no apparent reason, wanted to feel the cool, the space, and the silence of the night. She left the huge warehouse where the party was happening and walked across an adjacent field onto a a hillock beyond. Turning around, she looked at the building, throbbing with music and blazing with light, packed as it was by several thousand ravers. Suddenly, without warning, it was as if her eyes were opened for the first time and she "saw" the party--so she reported--in all its naked reality. She saw the tremendous desperation of the people inside, their loneliness and hunger, how they had all come there seeking to escape from their suffering. She saw how they had all become predators, preying upon one another, in a fruitless search for happiness. It was an endless game in which, she too, was involved. Overcome by the sorrow and hopelessness of the situation, she broke down and wept. She came to talk to me because, as she said, this experience had shown her something not only about raves, but about life in general, about the many things people do out of their own pain and misery. She told me that she felt, for the first time, the meaning of suffering. She saw her experience as a direct product of her meditation practice and her commitment to her spiritual path. Her experience made her realize, again for the first time, that her meditation was the one anchor in her life and that the spiritual journey she had undertaken was about having her eyes opened, in perhaps shocking and painful ways, to the underpinnings of the seemingly normal, everyday world.


Posted by Mayke Beckmann Briggs at 9:53 AM No comments: